When James “Jim” Deluva comes back to New Jersey, secretly, a full month before Christmas, one knows everything with the reclusive genius producer, code name Jim Deluva, things are going to get interesting on Route 1, from the ping pong halls of Douglass to the biology library at one Princeton’s freshman dorms.

Turns out James is doing a favor for a friend of his, a comparative literature professor who is having a party where the cover band skills of Deluva are featured. He can play anybody, no one knows who he is – always a great time.

The challenge as James strolled up the driveway was issued as he strolled up in an Adidas sweatsuit – “Kodachrome” by Paul Simon.  I have the sheet music for that song but it just read “moderate rock” – show me the real tempo map for that.  It’s not their wedding song, but she’s a Simin freak – so I’d appreciate it.”

“Kodachrome! What a generation bewitched song that is. If you even know what that is-? Aren’t you are aging yourself?”

Jonson found fools on this song. An interesting groove!

What is it like to be born in a “crossfire hurricane?

To me, this is a song for the baby boomer set – people born before John Fitzgerald Kennedy was president.

Then again, as you’ll see with the next post, those in New Jersey of the Bewitched Generation also think if the opening track to Bruck Springsteen’sbest album imho, Darkness On The Edge Of Town.

I asked the world’s go-to fact site, Google and asked that question, and this came up

https://www.mprnews.org/story/2018/06/19/jumpin_jack
Jun 19, 2018 – According to a biography of Keith Richards, the first line of the song, “I was born in a crossfire hurricane,” is a reference to the fact that Richards …

I was born in a crossfire hurricane, And… – The Rolling Stones …

Lyrics containing the term: born in a crossfire hurricane by the rolling …

https://en.wikipedia.org/wiki/Jumpin%27_Jack_Flash
“Jumpin’ Jack Flash” is a song by English rock band the Rolling Stones, released as a single in … The phrase “Crossfire Hurricane” was later used as the code name for the F.B.I.’s Crossfire Hurricaneinvestigation …. 50th Anniversary Tour setlist, alongside another Rolling Stones song, “It’s Only Rock ‘n Roll (But I Like It) “.

What Is “Crossfire Hurricane”? The FBI Trump & Russia Probe Got Its …

https://www.bustle.com/…/what-is-crossfire-hurricane-the-fbi-trump-russia-probe-got-&#8230;
May 16, 2018 – In hindsight, “Crossfire Hurricane” does seem like quite an appropriate … In the book, Bockris wrote that the guitarist was born during the highly …

How the FBI should rebrand ‘Crossfire Hurricane’ | Media – Ad Age

https://adage.com/article/media/fbi-trump-russia…crossfire-hurricane…/313544/
May 16, 2018 – Just in case the FBI wants to rebrand its ‘Crossfire Hurricane‘ investigation, 7 suggestions. By Simon … I was born in a crossfire hurricane

https://genius.com › R › The Rolling Stones
I was born in a crossfire hurricane / And I howled at the maw in the drivin’ rain / But it’s all right now, … Moves Like Jagger / Jumpin’ Jack Flash by Glee Cast.
How fast is the Rolling Stones version? Jonson and I measured these tempo charts:

It Was A Very Good Year is a song made most famous by Frank “The Chairman” Sinatra. 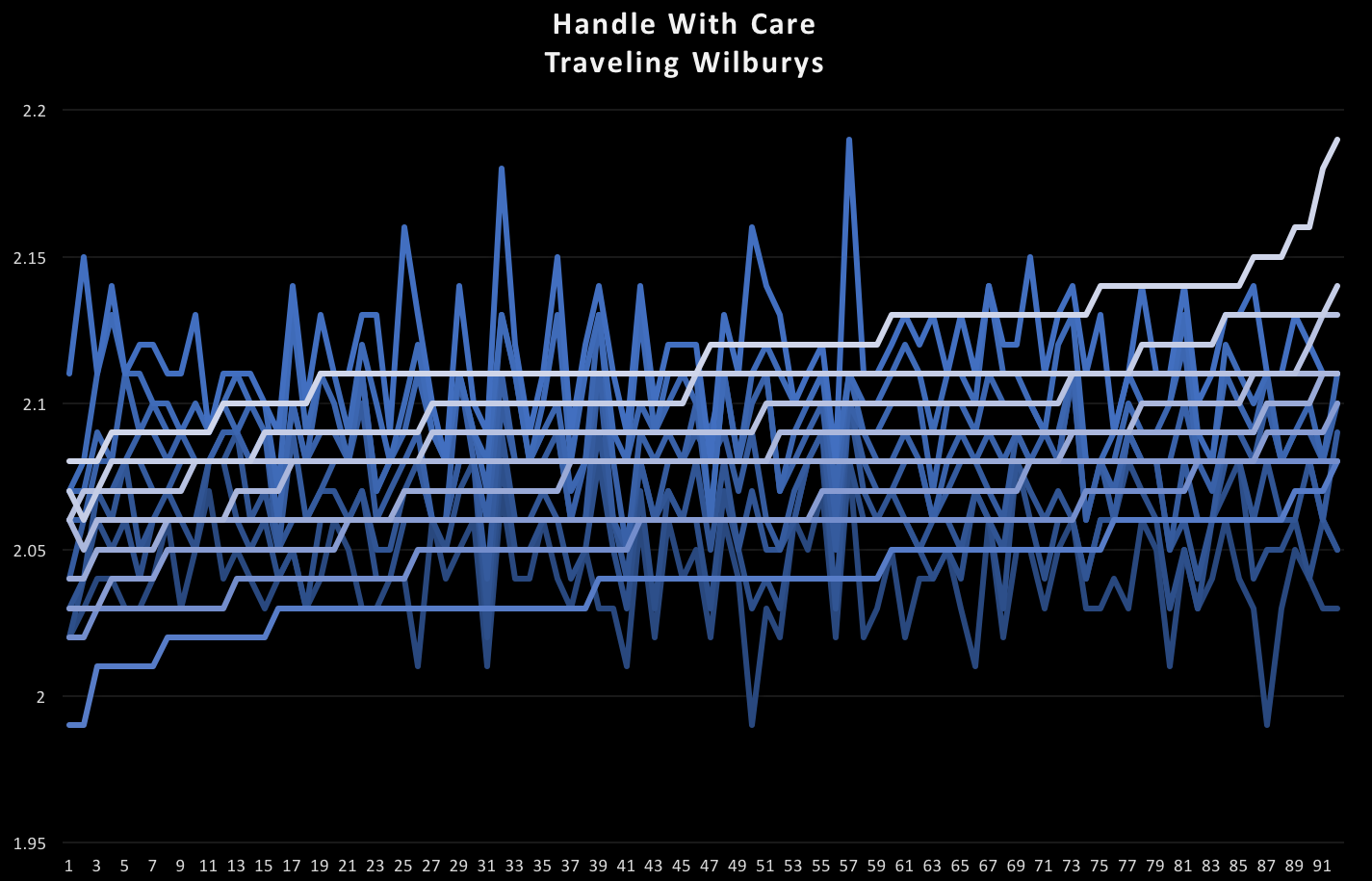 Handle With Care is a song​ written and recorded by the Traveling Wilburys.

There are many opinions as to how fast In The Air Tonight by Phil Collins is.

These are the times I measured it.

To me, the coolest thing about the entry of the drums with a savage rawness that makes this song one that “will outlive [me],” as Phil Collins referred to himself and how the song has become more famous than *he*is.

The universality of being able to feel as though something is going to happen, especially at night, with an intensity that in the hands of most writers doesn’t translate. That is what music is for, correct? To express messages of any kind in a way humans have done far before their were any etchings on any cave walls.

But let me not drown (he’d throw me a lifevest if I was drowning, Phil would)

That sounds like it could be a bummer, but it is not!  If someone told Shakespeare that in 600 years parents would still be naming their children Romeo and Juliet [and all the other turns of the English language that dates back to and were formed by the creation and performance of his dramas], would he even have believed it? 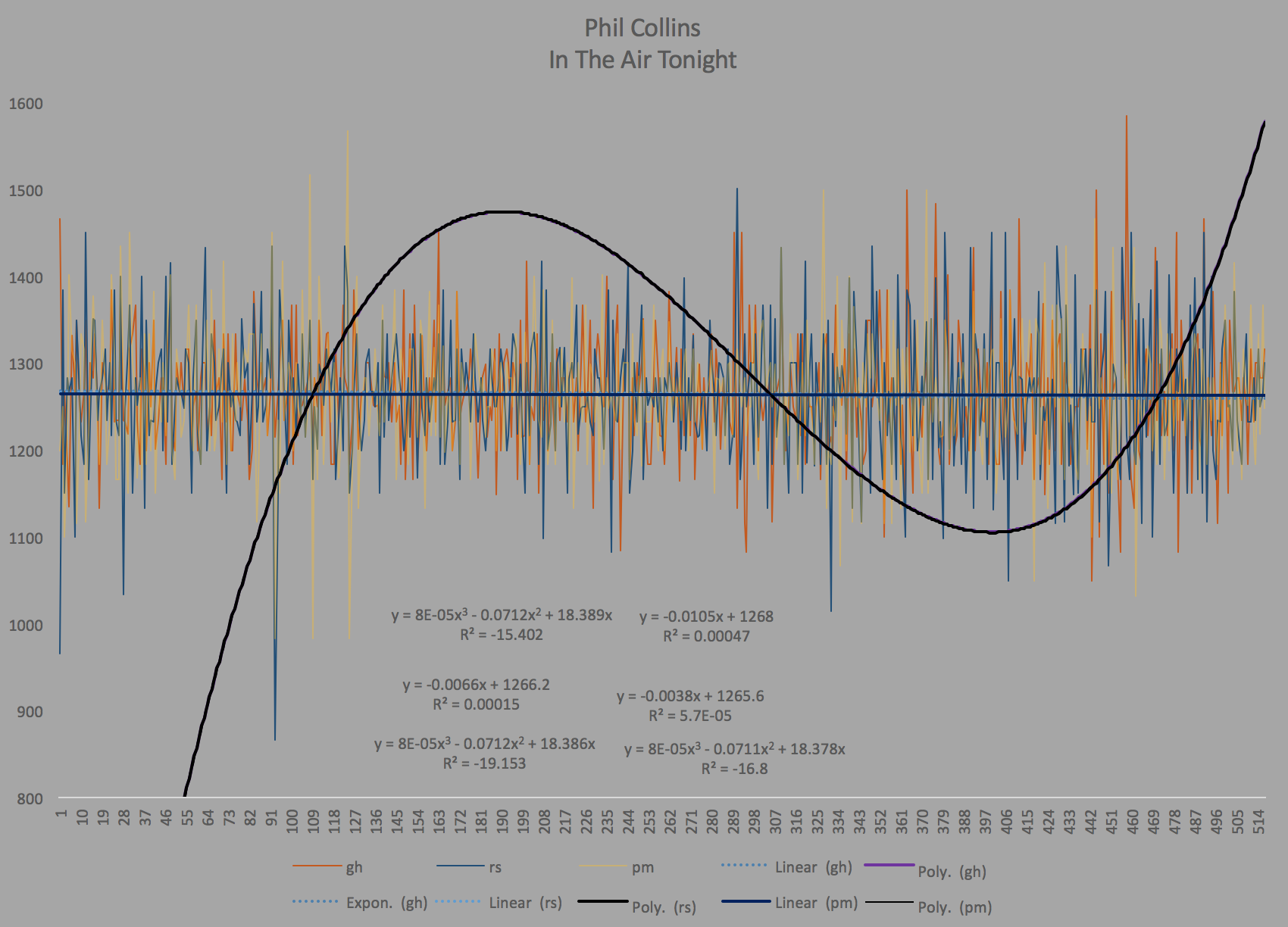 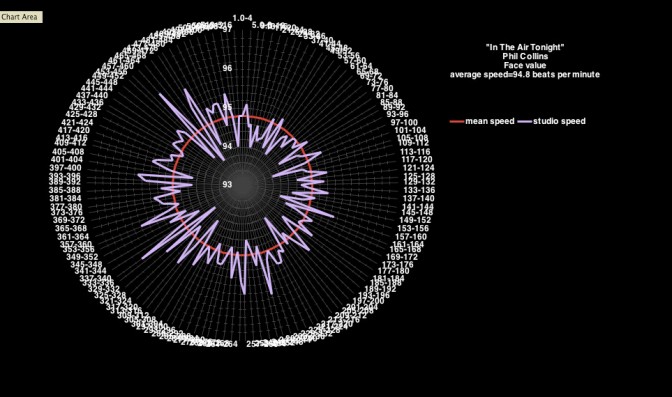